How to Install R on Debian 10

R programming language is free and an open-source environment that is specifically used in graphical representation and solving statistical computing problems. R foundation supported this language for statisticians and data mining experts for data analysis and developing statistical applications. R language is most similar to the S language. R language file you can save with extensions (.r, .rdata, .rds, .rda).

This article will give you a complete description of the R programming language installation on the Debian 10 system.


You should have the following prerequisites for R language installation:


Open the terminal command line window. To do this, click the top section ‘Activities’ and type the ‘Terminal’ keyword in the search bar. Click on the ‘Terminal’ icon as follows:


The installation of R is completed into the following different steps, which we are mentioned below in detail:

The R package, which installation from the Debian repository, is usually outdated. Therefore, we will install the latest stable version of R from another repository maintained by CRAN.

Step 1: Install the required packages for adding a repository


Use the following command to install all necessary packages which are required to add a new CRAN repository: 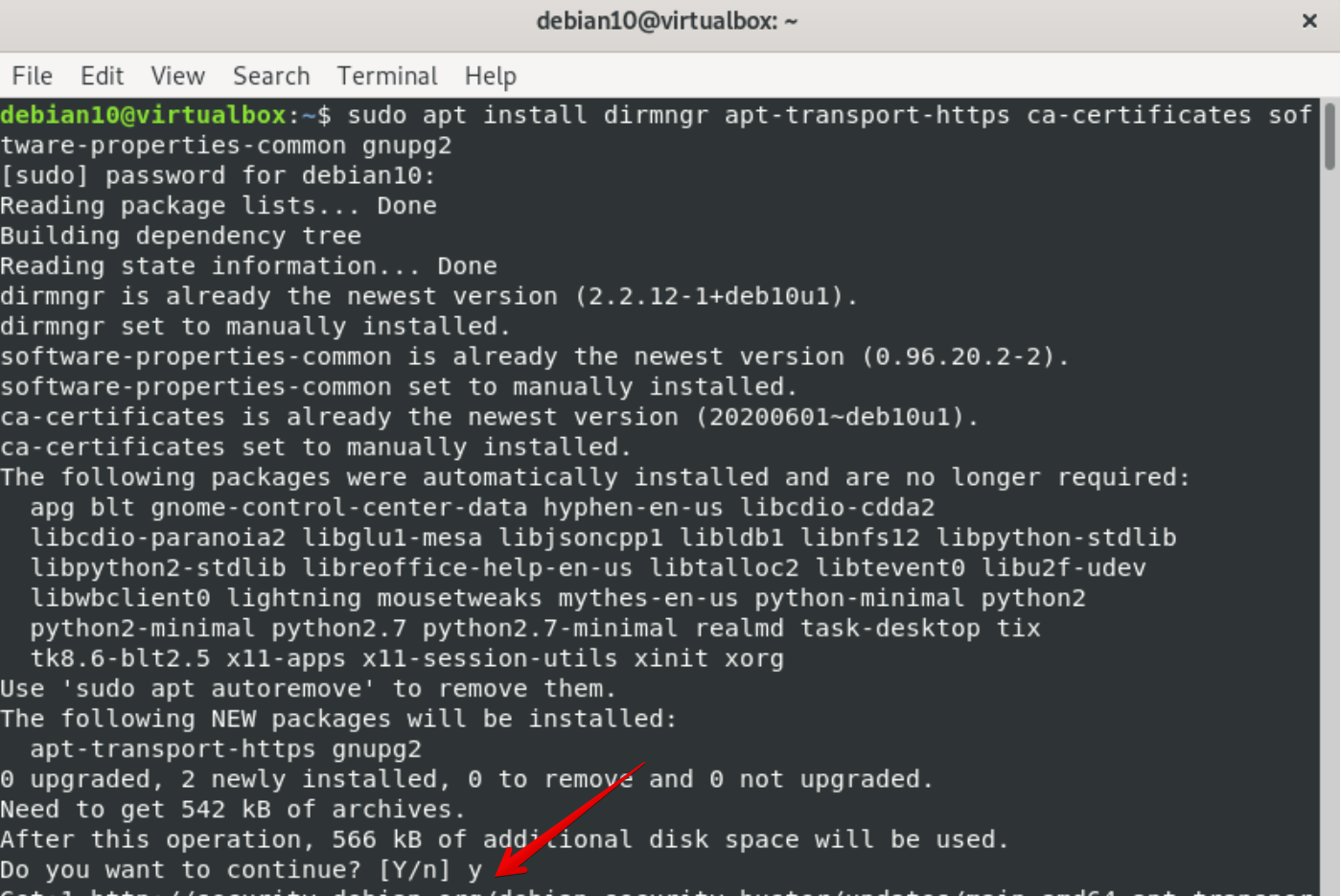 
Execute the below-mentioned command to enable the CRAN repository and import the following CRAN GPG key to your system:


Update the packages by running the below-mentioned command:


Use the below command on the terminal to install R on your system as follows: 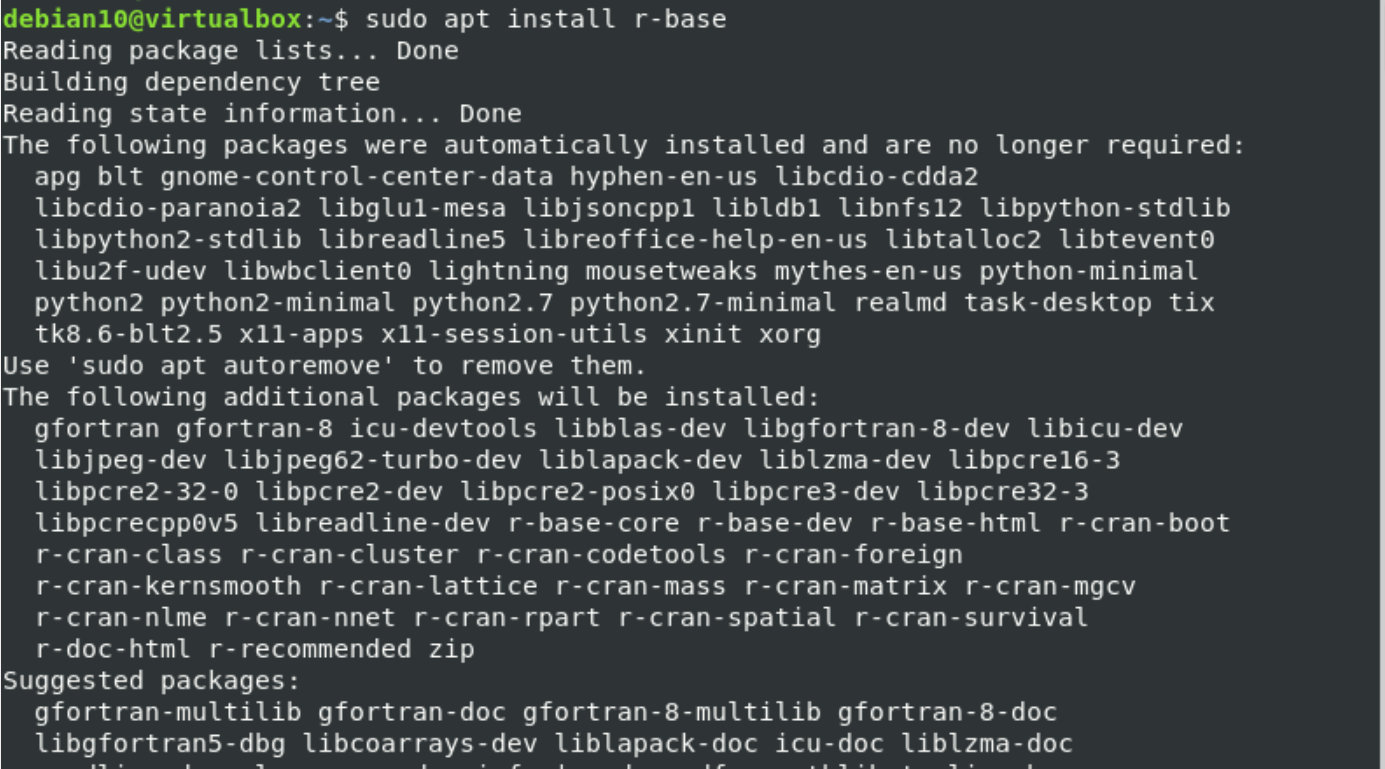 Now, check the R language installation on your Debian 10 system by using the below-given command:

You will notice that the latest stable version of R is printed on the terminal:


You can find a wide range of R packages through the CRAN, which stands for Comprehensive R Archive Network that is the main reason R language is becoming popular day by day.

Install the following package that contains the required tools for compiling or building R packages:

To install any R package, first, you need to open the R console environment on the terminal by typing the following command with sudo or root privileges:

Now, you can install R packages on your system. Let’s take an example. You want to install the R package ‘Stringr’ for string manipulation. For that purpose, enter the following command in the R console as follows: 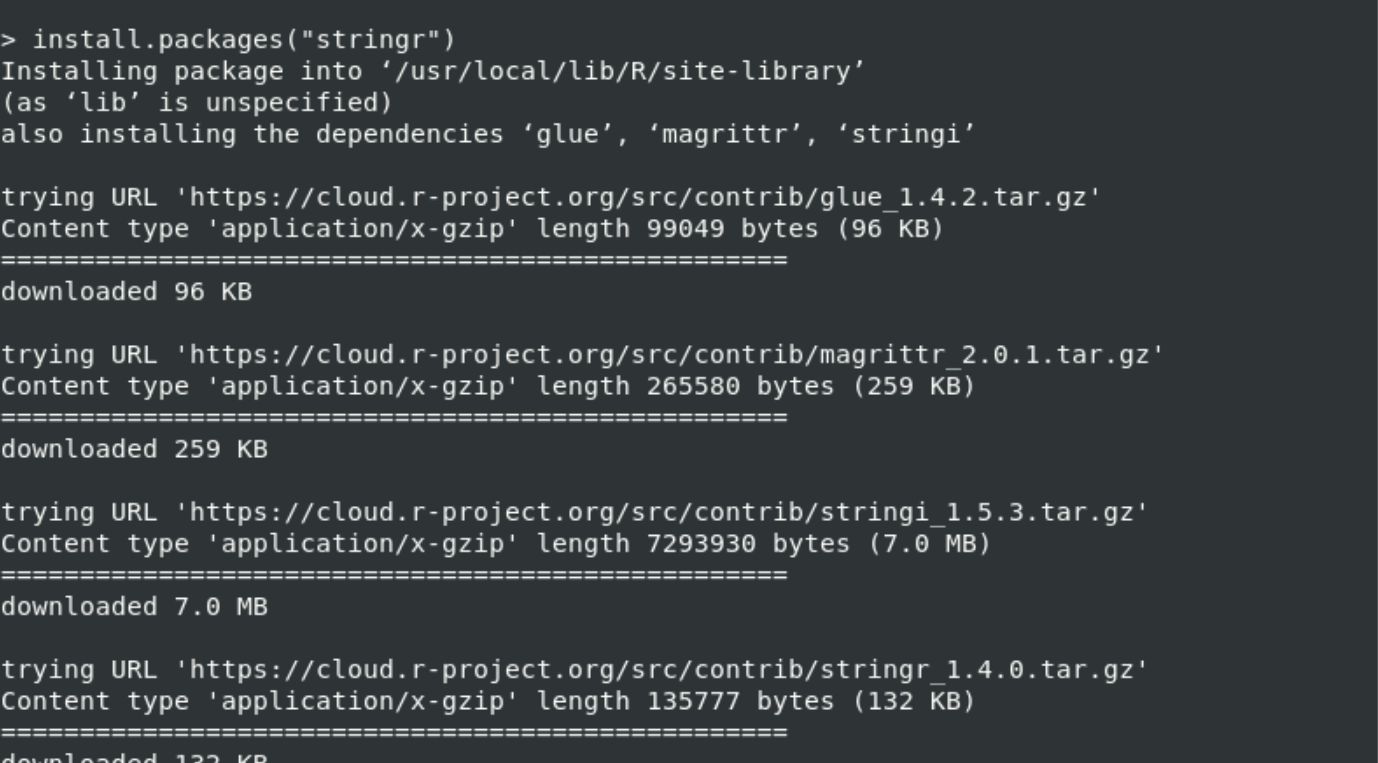 Installation of the ‘Stringr’ package will complete in a few seconds. After that, you will load the relevant library by using the following command:


In this program, we will create a character vector with name tutorial as follows:

Now, use the following command to print this on the terminal:

To find the length of the string, type the command as follows:

The following vector length will display on the screen:

You can also install more R packages from CRAN by using the following command: